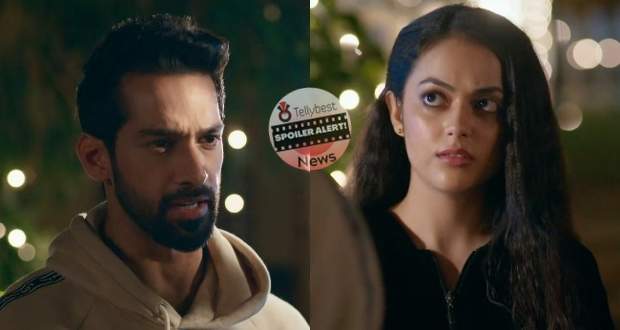 In the upcoming story of the Imlie serial, Atharva will come to tell Cheeni the truth!

So far in the story of the Imlie serial, Atharva sends a text message to Imlie stating his love for Cheeni but he puts a ring on Imlie, misunderstanding her as Cheeni.

Meanwhile, Atharva calls Cheeni to meet outside the Rathore mansion secretly at midnight.

As per the spoiler of the Imlie serial, Atharva will come to tell Cheeni the truth about the engagement and confess his love to her.

Meanwhile, Cheeni sneaks out of her home to meet Atharva secretly.

Will Atharva be able to confess his love for Cheeni in the dark of midnight?

Let us see if Atharva is able, to tell the truth to Cheeni or if Rudra will become an obstacle between Cheeni and Atharva's love story.

© Copyright tellybest.com, 2022, 2023. All Rights Reserved. Unauthorized use and/or duplication of any material from tellybest.com without written permission is strictly prohibited.
Cached Saved on: Monday 21st of November 2022 08:29:38 PMCached Disp on: Tuesday 6th of December 2022 01:51:45 PM