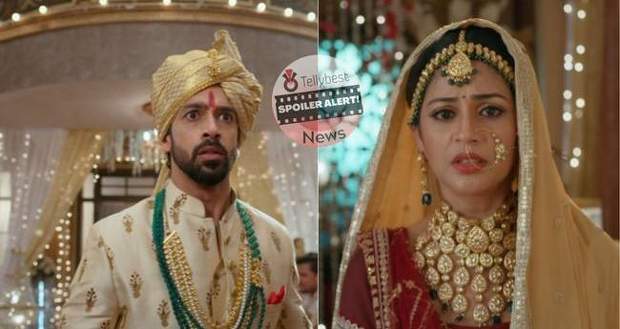 In the upcoming story of the Imlie serial, Atharva will meet with an accident!

So far in the story of the Imlie serial, Atharva and Imlie get married while Cheeni plans to trap Atharva in her love.

Meanwhile, Atharva’s feeling for Cheeni deepens as he thinks of her as an orphaned child whose advantage is taken by Imlie.

As per the latest spoiler, Atharva will meet with an accident after some hours of his marriage.

Meanwhile, Imlie gets a call from a stranger who states that Atharva got into an accident.

She panics and runs out in her bridal lengha to see Atharva.

Let us see if Imlie will become a widow before completing 24 hours of her marriage or if Atharva will be saved in the upcoming episodes of the Imlie serial.

© Copyright tellybest.com, 2022, 2023. All Rights Reserved. Unauthorized use and/or duplication of any material from tellybest.com without written permission is strictly prohibited.
Cached Saved on: Monday 21st of November 2022 06:05:18 PMCached Disp on: Saturday 10th of December 2022 01:21:55 PM