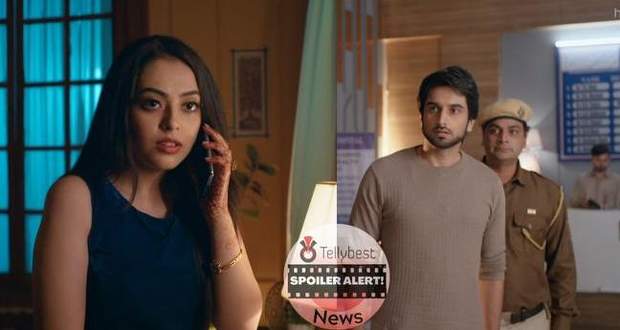 In the upcoming story of the Imlie serial, Jatin will take revenge on Cheeni for rejecting him and humiliating him by leaving him at the altar for Atharva.

So far in the story of the Imlie serial, Cheeni is seen cuddling with Atharva and saying that society will not encourage their love, but she is only his.

As per the spoilers of the serial, Jatin arrives in his car and fumes upon seeing Cheeni being flirtatious with Atharva.

Jatin notices Atharva leaving and believes Atharva is having an affair with Cheeni, thus he hits Atharva with his car as payback.

In the upcoming twists of the Imlie serial, Imlie speaks with the cops and they claim that the person who hit Atharva was Jatin and Cheeni is taken aback.

Let us watch the future episodes of the Imlie serial to know if Jatin reveals Cheeni and Atharva’s affair or if Cheeni will come up with some plan.

© Copyright tellybest.com, 2022, 2023. All Rights Reserved. Unauthorized use and/or duplication of any material from tellybest.com without written permission is strictly prohibited.
Cached Saved on: Monday 21st of November 2022 10:12:31 PMCached Disp on: Saturday 10th of December 2022 02:44:11 PM