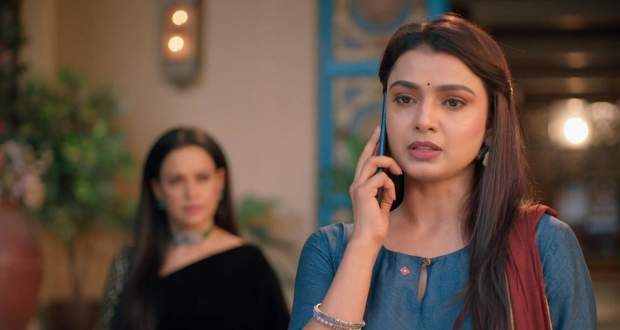 Imlie: Upcoming Twist! Malini tries to get rid of Cheeni!

In the upcoming story of the Imlie serial, Malini will try to get rid of Cheeni after learning that Aryan has stayed back because of her.

So far in the Imlie serial, Aryan stood up for Cheeni against a discriminating seller and a village lady while Imlie feels gloomy due to not feeling good enough as a mother of Cheeni.

Now according to the spoilers of the Imlie serial, Anu tries to convince Malini to marry Aryan but Malini refuses saying that she has another solid plan.

Further, Malini calls one of the interns from a village near Pagdandiya who has applied to the Bhaskar Times and orders him to get rid of a girl in order to get the job.

Now as per the twists of the Imlie serial, Malini sends the picture of Cheeni she took during her video call with Aryan and sends it to Rajat, the intern, and tells him to get rid of the girl for her.

In the future episodes, we will see Imlie struggling for money as Kamal refuses to pay her the salary until she resolves the issue with the man from Bhaskar Times.

Let's see how will Imlie solve her issue with Aryan and Bhaskar Times in the upcoming episodes of the Imlie serial.

© Copyright tellybest.com, 2022, 2023. All Rights Reserved. Unauthorized use and/or duplication of any material from tellybest.com without written permission is strictly prohibited.
Cached Saved on: Wednesday 25th of January 2023 02:51:09 PMCached Disp on: Sunday 5th of February 2023 01:13:54 PM