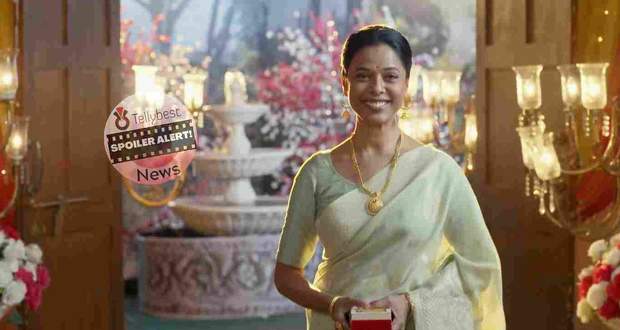 Imlie: Upcoming Twist! Meethi Is BACK!

In the upcoming story of the Imlie serial, Meethi will come to Rathore's house to attend Imlie's mehndi function!

So far in the story of the Imlie serial, Imlie persuades Rathore's family to not send away Cheeni.

Meanwhile, Anu instigates Cheeni against the Rathore family and advises her to snatch Atharva from Imlie.

Later, Imlie feels the absence of her parents in the mehndi function.

As per the spoiler of the Imlie serial, Meethi is back from Pagdandidya as Arpita sent a car for her.

Both Cheeni and Imlie love Meethi as their second mother while Anu feels threatened by Meethi.

Anu loathes Meethi as her husband cheated on her with Meethi.

In the upcoming twist of the Imlie serial, Meethi will rejuvenate the lost sibling love between Cheeni and Imlie.

Let us see if Meethi is able to refrain Cheeni from breaking Imlie’s marriage and if she saves Cheeni from Anu's web of manipulation in the upcoming episodes of the Imlie serial.

© Copyright tellybest.com, 2022, 2023. All Rights Reserved. Unauthorized use and/or duplication of any material from tellybest.com without written permission is strictly prohibited.
Cached Saved on: Monday 21st of November 2022 07:31:06 AMCached Disp on: Tuesday 29th of November 2022 10:59:59 AM