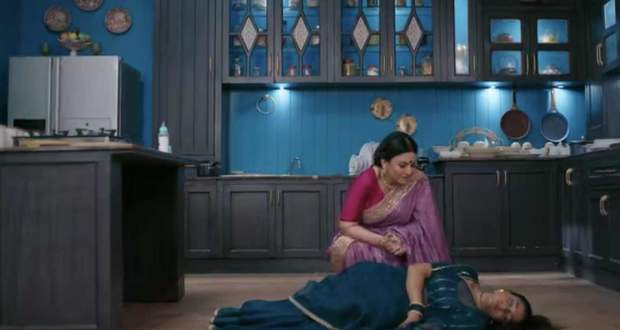 In the upcoming story of Imlie, Neela will intoxicate Imlie while she is working in the kitchen.

So far in the serial Imlie, Malini has planned a trap for Imlie by using the baby as bait, in order to take revenge on her.

In the latest episode of Imlie, Neela is unhappy with Imlie bringing one more of her family members into the household and has malicious intentions against Imlie.

As per the latest spoiler of the series, Neela intoxicates her with some substance and Imlie faints on the kitchen floor.

As Imlie lies on the ground unconscious, Neela gets up to attend to the door where she has called a few women to act as if they belong to a girls’ NGO, so that they can take away the baby kept with Imlie illegitimately.

Let us continue to watch the future episodes of Imlie to know if Imlie would be able to save the baby and bring her back home.

© Copyright tellybest.com, 2022, 2023. All Rights Reserved. Unauthorized use and/or duplication of any material from tellybest.com without written permission is strictly prohibited.
Cached Saved on: Wednesday 25th of January 2023 10:07:11 AMCached Disp on: Sunday 5th of February 2023 12:41:49 PM