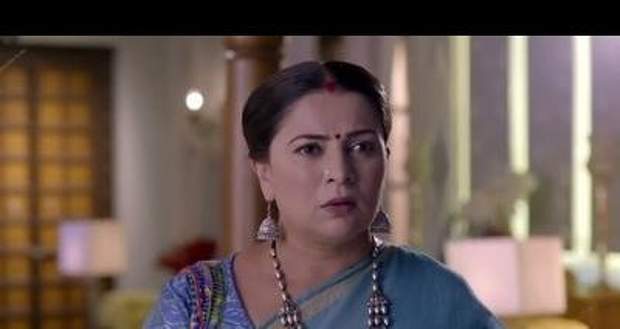 In the upcoming episodes of IndiaWali Maa serial, Kaku will help Cheenu to run away from her engagement.

Up until now in India Waali Maa story, Rohan didn't want to get Cheenu engaged to Akshay, while Kesar Baa suggested him to halt the engagement by kidnapping Cheenu.

Now based on the serial gossip of Indiawali Maa, Cheenu will not be comfortable with her decision of getting engaged to Akshay.

She will share her insecurity with Kaku, while Kaku will advice her to run away from the engagement ceremony.

Meanwhile, Cheenu will decide to move on in her life, while Kaku will help her in escaping from the venue according to the recent twist of India Waali Maa serial.

Let’s see if Akshay will be able to stop Cheenu or not in the latest story of India Wali Maa serial.

© Copyright tellybest.com, 2022, 2023. All Rights Reserved. Unauthorized use and/or duplication of any material from tellybest.com without written permission is strictly prohibited.
Cached Saved on: Thursday 26th of January 2023 01:28:16 AMCached Disp on: Monday 6th of February 2023 02:33:12 AM