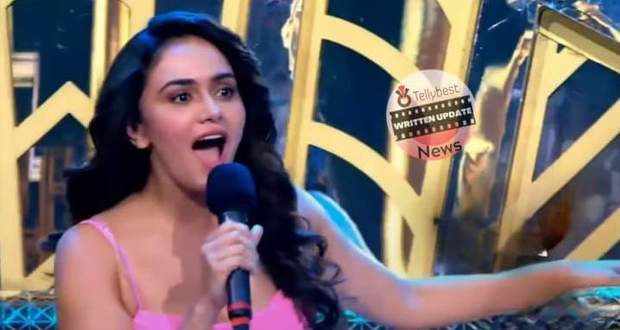 In the latest promo of Jhalak Dikhla Ja 10 (9 October 2022), Nishant Bhatt dances to the song “Ami Je Tomar” and raises the competition with his perfect expressions and complex choreography.

Amruta welcomes him while he teases her which makes the audience laugh.

Another recent promo of Jhalak Dikhla Ja Season 10 (09-10-2022) shows Niti Taylor and her skipper Akash narrating the journey of the marriage of Alia Bhatt and Ranbir Kapoor through their dance on the song "Khuda Jaane" and impresses Neetu Singh with their amazing performance.

Today's Jhalak Dikhhla Jaa 10 9th October 2022 episode starts with Amruta performing a creepy performance with Pratik and imitates a horror story of a spirit of a burnt Joker and the circus owner who burnt her intentionally on the song “Jeena Yaha Marna Yaha” and adds a spookiness to the soulful song.

After the performance, Madhuri praises her creepiness and her body contortions,

Meanwhile, Neetu Kapoor stamps the golden stamp on Amruta's JDJ passport and they are awarded a perfect score.

After the performance, Anu Malik debuts his daughter Ada Malik on the stage of JDJ as a wild card contestant.

Ada Malik performs with her skipper Shyam on the song “Radha” in Bollywood style and increases the bar of the competition with her angelic performance.

Later, Madhuri gives Ada her JDJ passport and welcomes her to the show.

Afterwards, Nia comes with her skipper Tarun representing a bird and performs a love story of the separation of two lovers who in the song “Pyaar Kiya” and does lots of tricks in the contemporary dance style and use a cage as a prop in their acrobats.

As expected, Nia gets a standing ovation and Nora starts to cry.

Later, Nia gets a perfect score and gets a golden stamp from the judges.

Afterwards, Karan asks Neetu funny questions like does she fight a vegetable seller for Dhaniya and entertain the audience.

Later on, Faisal comes to give tribute to Shami Kapoor with his skipper Vaishnavi on the song “O Haseena Zulfon Wali” and uses a digital screen as a prop and pops in and out of the screen while doing Bollywood style.

Meanwhile, Neetu praises his determination and hard-working nature and Madhuri whistles at his performance.

Later, Neetu Singh teases Faisal and she makes him purpose that Madhuri and Karan take his acting interview.

Afterwards, Zorawar comes to represent the legendary couple Rishi Kapoor and Neetu Kapoor with her skipper Suchitra on the song “Humne Tumko Dekha” and entertains everyone with their Bollywood and the aura of the 60s.

After the performance, Karan praises his energy and says he puts a smile on every time he performs.

Meanwhile, Shilpa Shinde performs with her skipper Nishchal and puts the fire on stage with her Latin style on the song “San Sanan” and uses the harness as a prop and flies in the air gracefully.

After the performance, Neetu runs to hug her and Karan says this is her best performance till now.

Later, Paras performs with his skipper Shweta and gives tribute to Ranbir Kapoor on the song “Badtameez Dil” and uses caps as props while doing hip hop.

After the performance, Madhuri points out their mistakes and asks them to improve those.

In the end, Karan Johar puts Zorawar and Shilpa in the bottom two and the judges eliminate Zorawar and his skipper Suchitra.

Meanwhile, the judges announce Nia and Tarun as the golden chair winners. 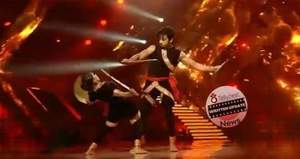 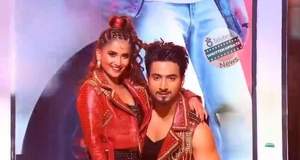