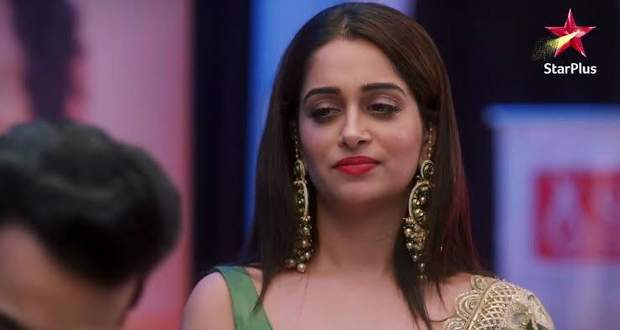 In the forthcoming episodes of Kahan Hum Kahan Tum serial, Sonakshi will soon learn the truth about Rani and will throw her out of the house with her smart plan.

In the present story of KHKT story, Pooja brought Rani home and is very happy to stay with her. However, Rani is not her real mother and is just an actress hired by Nishi and Yk.

Later, Rani demands more money from Nishi to leave the house while Rohit gets furious with Nishi and YK for plotting such a risky plan.

Now as per the spoiler twists of Kahaan Hum serial, Rohit will not be able to hide anything from Sonakshi and will reveal the truth.

She will get shocked to learn that she brought such a greedy woman home. She will decide to resolve the matter and will make Pooja realize Rani’s reality.

She will soon throw Rani out of the house and will win the trust of the family again according to the latest gossip updates of Kahan Hum Kahaan Tum serial.

© Copyright tellybest.com, 2018 & 2019. All Rights Reserved. Unauthorized use and/or duplication of this material without written permission from tellybest.com is strictly prohibited.
Cached Saved on: Saturday 4th of April 2020 10:34:54 AM