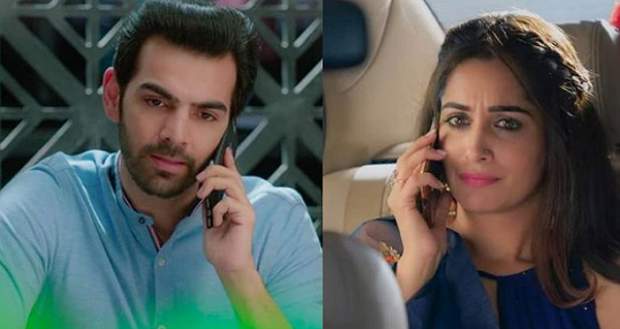 In the forthcoming episodes of Kahan Hum Kahan Tum serial, Rohit and Sonakshi will plan on exposing Nishi on the occasion of Holi.

In the present story of KHKT story, Rohit is infected by the super virus and only Sonakshi can save him. Sonakshi gets ready to do the procedure to save Rohit’s life.

Now as per the spoiler twists of Kahaan Hum serial, Rohit will be saved by Sonakshi and soon both of them will reconcile their differences. They will further make a plan to expose Nishi.

Rohit will disguise Naren in a saree to take him to the hospital to change his pacemaker while Sonakshi will keep Nishi occupied during Holi.

They will later expose Nishi in front of Veena and Nishi will get arrested for her crime as per the gossip updates of Kahan Hum Kahaan Tum serial.

© Copyright tellybest.com, 2018 & 2019. All Rights Reserved. Unauthorized use and/or duplication of this material without written permission from tellybest.com is strictly prohibited.
Cached Saved on: Wednesday 8th of April 2020 07:51:50 AM