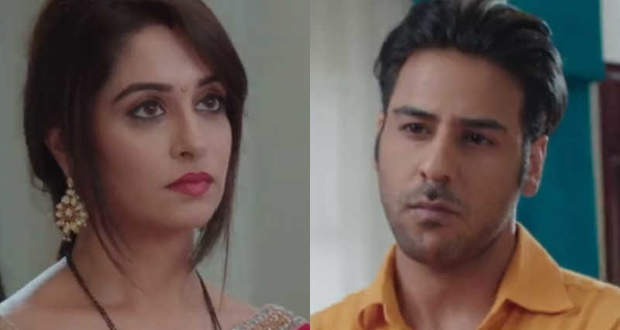 In the forthcoming episodes of Kahan Hum Kahan Tum serial, Sumit will present such conditions in front of Netra that will put Sonakshi in trouble.

So far in KHKT story, Sonakshi visited Mahatre’s house for Rohit’s sister sake. However, her short visit has put her in grave danger as she is being trapped in an ugly controversy.

Rohit is trying hard to bring Sonakshi from behind the bars by proving her innocent.

Now, based on the new spoilers of Kaha Hum Kaha Tum serial, Netra will reach out to Sumit to convince him to return to her show.

An irked Sumit will put several conditions before Netra which in turn will put Sonakshi in trouble later when she will return back to her work.

Let’s see what happens next in the coming episodes of Kahaan Hum Kahan Tum serial.

© Copyright tellybest.com, 2018 & 2019. All Rights Reserved. Unauthorized use and/or duplication of this material without written permission from tellybest.com is strictly prohibited.
Cached Saved on: Saturday 6th of June 2020 07:16:11 PMCached Disp on: Saturday 4th of July 2020 11:25:04 AM