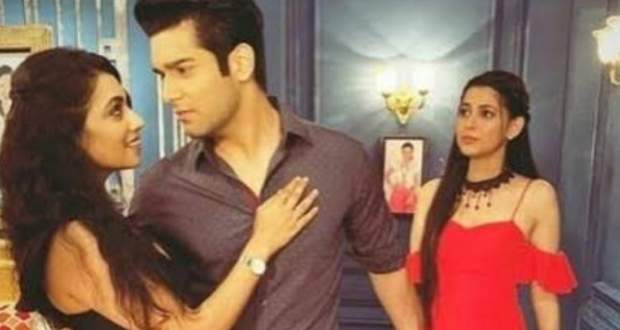 In the forthcoming episodes of Kahan Hum Kahan Tum serial, a new drama will be witnessed by the viewers as Tanya will reveal Pari and Rohan’s reality in front of the whole family.

In the present story of KHKT story, Sonakshi got rid of Rani and got really mad at Rohit for playing games with her and Pooja. Later, Rohit told Sonakshi a huge secret about Naren being Pooja’s father.

Meanwhile, Tanya already knows about Pari and Rohan’s affair and is waiting for the right chance to expose them.

Now as per the spoiler twists of Kahaan Hum serial, Rohan and Pari will again take a chance of meeting alone as they think Tanya is dumb.

However, Tanya will take the whole family in the same place where they are present and will expose their affair secret. The family members will get really mad at Rohan for cheating on Tanya as per the gossip updates of Kahan Hum Kahaan Tum serial.

© Copyright tellybest.com, 2018 & 2019. All Rights Reserved. Unauthorized use and/or duplication of this material without written permission from tellybest.com is strictly prohibited.
Cached Saved on: Monday 6th of April 2020 07:21:14 PM