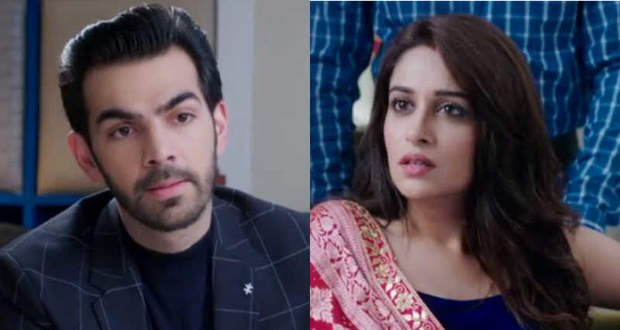 Sonakshi will agree to enact as Rohit’s girlfriend on his insistence in front of Sippy’s in the upcoming episodes of Kahan Hum Kahan Tum serial.

At present, in KHKT story, Rohit met with an accident with Sonakshi’s car. The lady rushed him to the hospital and took proper care of him.

Later, Veena told Sonakshi about the night which changed Rohit’s life forever. Sonakshi too revealed about the incident which hit her on the very same day.

Based on the spoilers of Kahaan Hum serial, Rohit will return to his home after recovering from his critical condition.

His family members will urge to get him married soon. To avoid their questions, Rohit will tell them that he will marry Sonakshi as they are a couple.

Further, as per the gossips of Kahaa Hum Kahaa Tum serial, Rohit will request Sonakshi to act as his girlfriend in front of his family members until he finds a solution to the issue.

© Copyright tellybest.com, 2018 & 2019. All Rights Reserved. Unauthorized use and/or duplication of this material without written permission from tellybest.com is strictly prohibited.
Cached Saved on: Thursday 16th of July 2020 07:39:12 PM