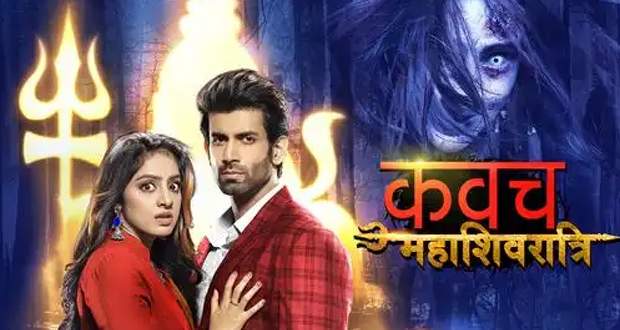 In the forthcoming episodes of Kavach season 2, Sandhya will decide to give birth to her baby and will face a lot of troubles and challenges in the process.

So far in Season 2 of Kavach, Sandhya and Angad were haunted by Kapil and Saakshi’s evil souls.

Sandhya also came across her evil twin sister, Saakshi who hates her and wants to take revenge at all costs.

However, Kapil has now been set free by the priests while Saakshi refuses to leave earth without punishing Sandhya.

Now as per the latest spoilers of Kawach 2, Sandhya will face a new challenge in the form of her unborn child. The good news of her being pregnant has left the couple shocked.

Further, according to the future gossip updates of Kavach 2, Agorhi Baba will reveal that the child will force Sandhya to sacrifice some of her precious relations.

Let’s see what happens next in the upcoming episodes of Kawach Season 2.

© Copyright tellybest.com, 2018 & 2019. All Rights Reserved. Unauthorized use and/or duplication of this material without written permission from tellybest.com is strictly prohibited.
Cached Saved on: Thursday 30th of January 2020 05:02:27 PMCached Disp on: Tuesday 18th of February 2020 11:43:55 PM