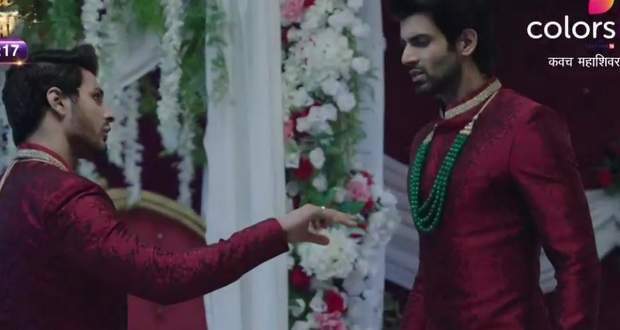 Kavach 2 spoiler alert: Sandhya’s life to get in danger

In the upcoming episodes of Kavach Season 2, Rishi will fire a bullet on Angad but Sandhya will take the shot on her body to save her love.

Up until now in Kawach 2 story, Sandhya has learned about Kapil possessing Angad’s body and making him do heinous crimes.

Sandhya is now adamant to save Angad by freeing him from Kapil’s evil clutches.

According to the spoiler news of Kawach Season 2 serial, Kapil will possess Rishi’s mind and body. He will instruct him to shoot Angad and kill him.

Fortunately, Sandhya will learn about Kapil’s plan and will reach out to Angad in the nick of the time. Sandhya will take the bullet shot on her body.

Further, based on the future twists of Season 2 of Kavach serial, Angad will rush Sandhya to the hospital in the nick of the time.

It will be interesting to watch how Angad and Sandhya will face Kapil’s wrath in the forthcoming episodes of Kavach 2.