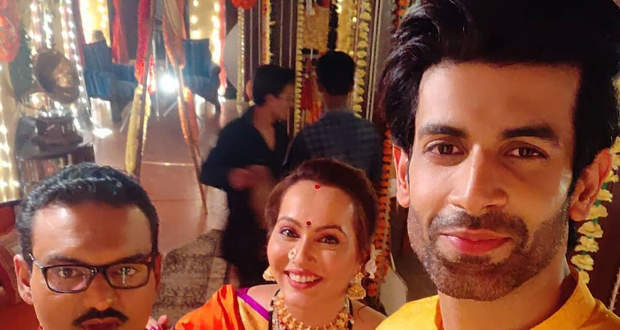 Angad, who will be possessed by Kapil, will attempt to murder Ashutosh by burning him alive in the future story twist of Kavach 2 serial.

Currently, in Season 2 of Kavach story, we saw the grand wedding ceremony of Angad and Sandhya. Kapil aka the evil spirit failed to stop the wedding.

Now, the spoiler updates of Kawach Season 2 convey that Kapil will possess Angad because of which he will start behaving weirdly.

Ashutosh will learn about Angad being possessed by Kapil and so Angad will try to kill him. Angad will call Ashutosh to his office and will burn him alive.

Luckily, Ashutosh will be rushed to the hospital but will suffer severe burns. Angad will again reach out to Ashutosh and would try to kill him forever.

The main twist in the story of Kawach 2 will come when Angad will put the entire blame of Ashutosh’s condition on Rishi.