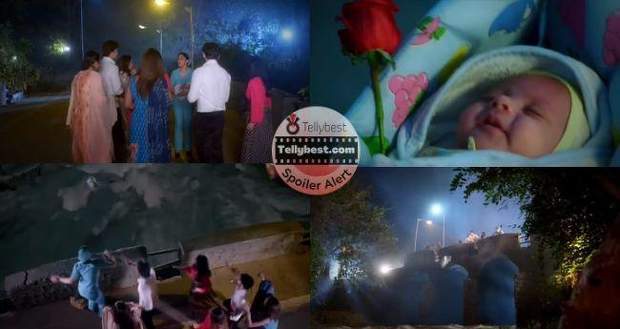 Kumkum Bhagya: BIGGEST Twist! Alia throws Panchi in the river! An End to an Era!

In the upcoming story of Kumkum Bhagya, Alia will kill Panchi marking an end to a new beginning.

So far in the story of the serial, Alia has kidnapped Prachi and Ranbeer's daughter Panchi after making PranBir unconscious in the hospital.

As per the spoilers of the Kumkum Bhagya serial, Alia takes Panchi to a bridge where Ranbir, Prachi, and the complete Kohli family follow them.

Prachi and Ranbir beg Alia to return their daughter, but Alia asks them to transfer the property in her name.

In the upcoming twists, even before Prachi and Ranbir agree to Alia's demands, Alia throws Panchi in the river marking the end of the happiness and the era of Kumkum Bhagya.

Will Panchi survive and live with a new family culminating the story towards the much-awaited leap?

Let us see how Panchi survives even after getting killed by Alia and how Prachi and Ranbeer move forward in their lives without Panchi in the future episodes of Kumkum Bhagya.