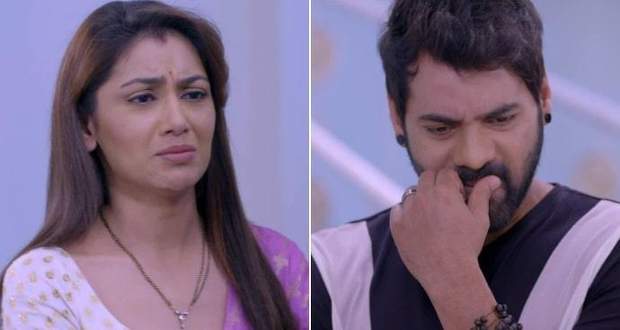 In the forthcoming episodes of Kumkum Bhagya serial, Abhi will help Pragya and Prachi as a committee member in their hard times of humiliation.

So far in Kumkum Bhagya story, Rhea released an MMS video of Prachi to humiliate her and keep her away from Ranbir. However, Ranbir is supporting Prachi and believes it is fake.

Now as per the gossip updates of Kumkum Bhagya serial, Pragya will be called at the college to talk about his daughter’s MMS while Abhi will also be summoned as he is the committee member of the college.

Pragya will get stunned to learn the truth while Abhi will also not be able to believe his ears. Abhi will trust Pragya’s upbringing and will decide to support them in their hard time according to the spoilers of Kumkum Bhaagya serial.

© Copyright tellybest.com, 2018 & 2019. All Rights Reserved. Unauthorized use and/or duplication of this material without written permission from tellybest.com is strictly prohibited.
Cached Saved on: Tuesday 31st of March 2020 09:05:39 PMCached Disp on: Wednesday 1st of April 2020 02:58:20 AM