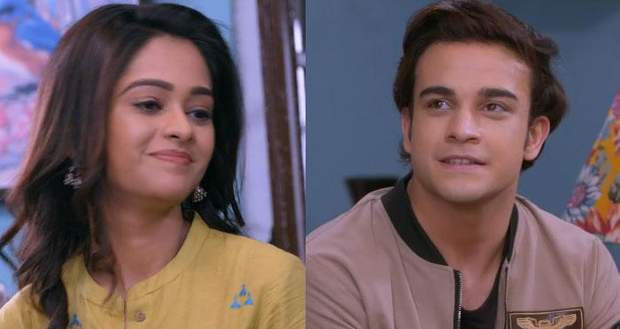 In the forthcoming episodes of Kumkum Bhagya serial, Ranbir and Prachi will join hands to expose Maya and prove Ranbir innocent.

So far in Kumkum Bhagya story, Rhea used Maya in her plan to separate Ranbir and Prachi by trapping Ranbir in a molestation charge.

Later, Prachi shocked Ranbir by giving a statement against him. However, she revealed that she did it to learn the truth about Maya.

Now as per the gossip updates of Kumkum Bhagya serial, Prachi will express her doubt regarding Maya and will chalk out a plan along with Ranbir to expose her.

They both will try to get the truth out of Maya and will use Saloni in their plan according to the spoilers of Kumkum Bhaagya serial.

© Copyright tellybest.com, 2018 & 2019. All Rights Reserved. Unauthorized use and/or duplication of this material without written permission from tellybest.com is strictly prohibited.
Cached Saved on: Wednesday 1st of April 2020 03:47:31 AM