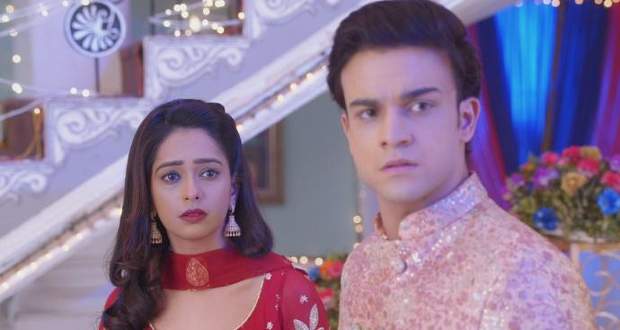 In the forthcoming episodes of Kumkum Bhagya serial, viewers are going to witness a huge confrontation moment between Ranbir and Prachi.

So far in Kumkum Bhagya story, Rhea made plans to separate Ranbir and Prachi and got successful in creating differences. Prachi gave a statement against Ranbir to get him arrested and Ranbir was hurt by her move.

Now as per the gossip updates of Kumkum Bhagya serial, Ranbir will be seen pained with Prachi’s action and will discuss his dilemma with his friend.

His friend would ask him to confront Prachi before going on to any conclusion. Later, viewers will witness an emotional and intense conversation between Prachi and Ranbir according to the spoilers of Kumkum Bhaagya serial.

© Copyright tellybest.com, 2018 & 2019. All Rights Reserved. Unauthorized use and/or duplication of this material without written permission from tellybest.com is strictly prohibited.
Cached Saved on: Saturday 4th of April 2020 05:07:03 AM