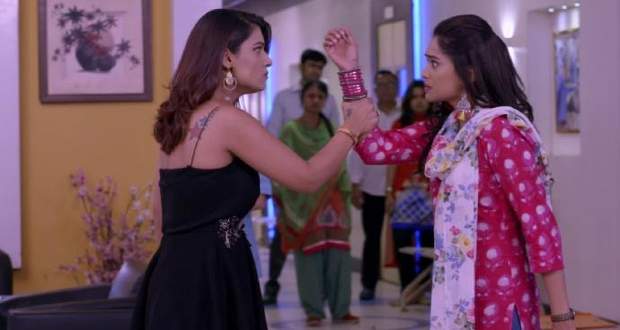 In the forthcoming episodes of Kumkum Bhagya serial, Rhea will plan to electrocute Prachi so that she loses her memory.

Now as per the gossip updates of Kumkum Bhagya serial, Rhea will be plotting to electrocute Prachi so that she loses her memory.

She will put a live wire in water and will hope that Prachi steps into the water. Prachi would be about to step in the water and later Rhea would get worried that she might die according to the spoilers of Kumkum Bhaagya serial.

© Copyright tellybest.com, 2018 & 2019. All Rights Reserved. Unauthorized use and/or duplication of this material without written permission from tellybest.com is strictly prohibited.
Cached Saved on: Monday 6th of April 2020 01:35:43 AM