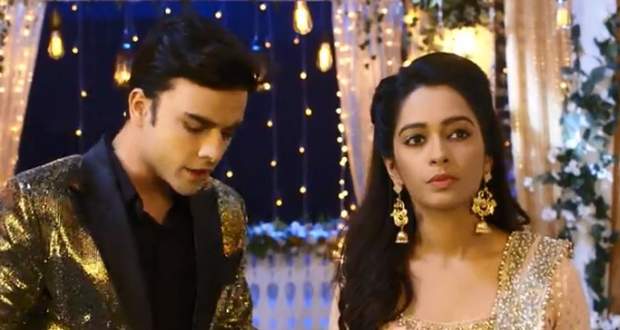 Kumkum Bhagya Latest Gossip: Ranbir to save Prachi with his heroic act

In the forthcoming episodes of Kumkum Bhagya serial, viewers will witness an interesting sequence wherein Prachi will be saved by Ranbir.

So far in Kumkum Bhagya story, Aliya ran Disha over with her car while Purab got mad at Aliya for the same. Later, Prachi got into grave trouble and was soon kidnapped.

She was searched by both Abhi and Ranbir while Pragya got really worried about her daughter.

Now as per the gossip updates of Kumkum Bhagya serial, Ranbir will be the one to get Prachi out of the danger and save her from the kidnappers.

His heroic act will make Pragya happy and she will get delighted to reunite with her daughter according to the spoilers of Kumkum Bhaagya serial.

© Copyright tellybest.com, 2018 & 2019. All Rights Reserved. Unauthorized use and/or duplication of this material without written permission from tellybest.com is strictly prohibited.
Cached Saved on: Wednesday 8th of April 2020 08:23:46 AM