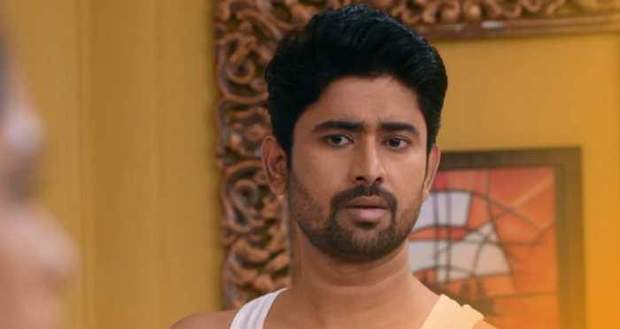 In the forthcoming episodes of Kumkum Bhagya serial, Sanju will show his possessive nature in front of Prachi and will declare that he will make her his.

So far in Kumkum Bhagya story, Sanju and Rhea made a fake MMS of Prachi and released on the internet to humiliate her. However, they failed as Ranbir continued to trust her.

Now as per the gossip updates of Kumkum Bhagya serial, Ranbir and Abhi will identify Sanju as the guy with fake Prachi in the video. They will try to catch him while Sanju will show his possessive side.

He will declare that he will not let Prachi live if he has to die. He would want Prachi to be happy with just him and would do anything to make her his according to the spoilers of Kumkum Bhaagya serial.

© Copyright tellybest.com, 2018 & 2019. All Rights Reserved. Unauthorized use and/or duplication of this material without written permission from tellybest.com is strictly prohibited.
Cached Saved on: Wednesday 1st of April 2020 04:20:41 AM