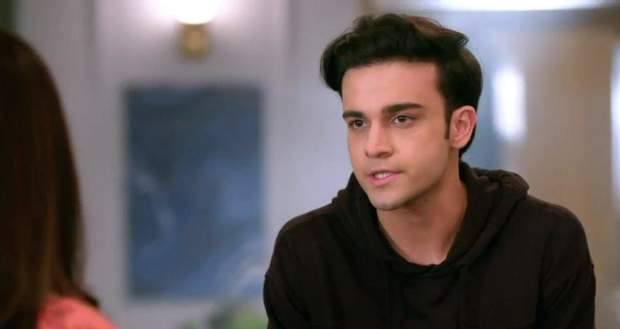 In the upcoming story of Kumkum Bhagya, Ranbeer will be fed up with Prachi's uncaring behaviour and will leave the house.

So far in the story of the serial, the Mangalsutra tussle between Prachi and Rhea is going on. Rhea earlier purposefully faked Prachi wanting to harm her and then did Mangalsutra stealing drama.

Now as per the latest twists of Kumkum Bhagya, Ranbeer knows that Prachi did not steal Rhea's Mangalsutra but he remains quiet.

He does not speak in favour of Prachi even after knowing the truth because he wants Prachi to feel his importance. He gives a cold shoulder to her and ignores her.

Prachi wants Ranbeer to help him but rarely appreciates it when he does it out of his own wish.

In the latest episodes of the serial, Ranbeer asks Prachi to say please to him if she wants his help in disclosing the truth.

Later, Ranbeer favours Prachi but being fed up with the daily drama in the house and getting no love from Prachi, he decides to leave the house.

Let us see whether Prachi realizes the importance of Ranbeer in her life in the future episodes of Kumkum Bhagya.

© Copyright tellybest.com, 2020, 2021. All Rights Reserved. Unauthorized use and/or duplication of any material from tellybest.com without written permission is strictly prohibited.
Cached Saved on: Sunday 2nd of October 2022 04:51:44 AM