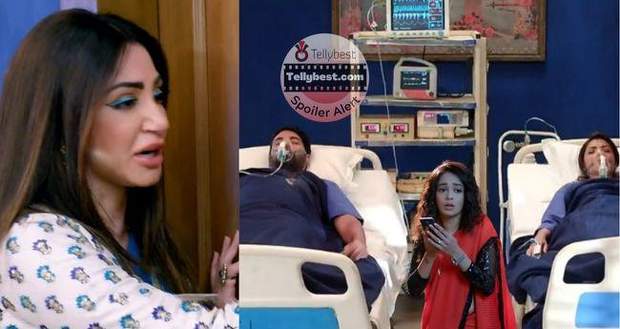 In the upcoming story of Kumkum Bhagya, Alia will try to kill Prachi, Pragya and Abhi.

So far in the story of the serial, Rhea has betrayed Alia by leaving her negativity behind and taking care of Prachi's baby as his aunt.

However, Alia is not able to take this betrayal and decides to take her revenge by killing Pragya if not Prachi.

Meanwhile, Abhi and Pragya are in a coma for a long time with no role in the show.

As per the spoilers of the Kumkum Bhagya serial, Alia goes to the hospital where Pragya and Abhi are in their comatose stage and remove their oxygen masks.

Rhea has informed Prachi about Alia's deeds so Prachi also reaches the hospital only to see Alia killing her parents.

On the other hand, Ranbeer is away as he went to bring Panipuri in the mid of the night because of Prachi's pregnancy cravings and later meets Rhea on the road.

Let us watch the future episodes of Kumkum Bhagya to see how Prachi saves herself and her baby while losing her parents and how Prachi takes her revenge on Alia.