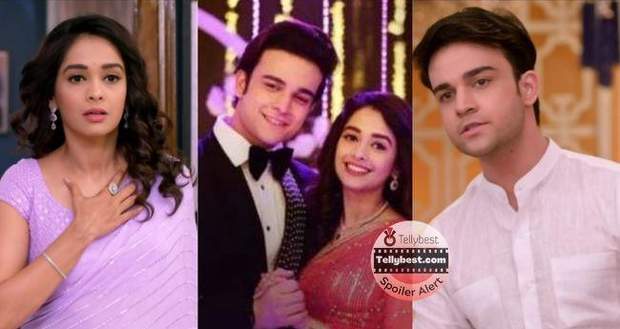 In the upcoming story of Kumkum Bhagya, Ranbir and Prachi have their new families after the show went into a 6-year leap.

The current story of Kumkum Bhagya revolves around Alia dropping Prachi and Ranbir’s daughter into the river after which Prachi also falls into that river.

A leap of 6 years takes place after which both Ranbir and Prachi are shown to have one daughter each, but with different partners.

According to the latest twists of Kumkum Bhagya, Prachi has a new family with her husband and daughter, but the husband is not Ranbir.

It is expected that Prachi's new husband is the man who saved her from the river and the little girl with Prachi is actually his daughter.

A new character is expected to play the role of Prachi's partner.

Meanwhile, Ranbir also has a daughter who is expected to be his and Rhea's.

Ranbir and Rhea have become parents to a little girl, but whether they are her birth parents remains a mystery.

With a new generation coming into the story, it will be interesting to see where the story of Kumkum Bhagya heads in future episodes.

© Copyright tellybest.com, 2022, 2023. All Rights Reserved. Unauthorized use and/or duplication of any material from tellybest.com without written permission is strictly prohibited.
Cached Saved on: Wednesday 25th of January 2023 08:49:28 AMCached Disp on: Monday 6th of February 2023 05:20:37 AM