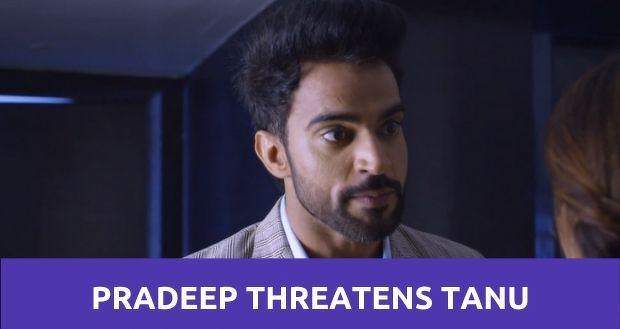 In Kumkum Bhagya serial's latest spoilers, Tanu (Leena Jumani) will betray Pradeep and will refuse to give him his money while he will threaten to stop her marriage.

Up until now in Kumkum Bhagya story, Abhi got upset thinking that he might have to marry Tanu inevitably while Prachi is upset with Ranbir-Rhea's marriage plans.

Further, in the recent episodes of Kumkum Bhagya serial, Rhea told Prachi to leave their home while Tanu ordered Pragya to come to her home with the bridal attire.

Now as per the upcoming story of Kumkum Bhagya, Tanu will try to taunt Pragya while Pragya will remind her that Abhi is marrying her because she told him to.

Afterwards, Tanu will refuse to give Pradeep his money while he will threaten to stop her marriage.

Just then, someone will knock at their door making both of them tensed.

Let's see if their secret gets exposed in the future gossips of Kumkum Bhagya.

© Copyright tellybest.com, 2020, 2021. All Rights Reserved. Unauthorized use and/or duplication of any material from tellybest.com without written permission is strictly prohibited.
Cached Saved on: Wednesday 1st of December 2021 03:37:35 PM