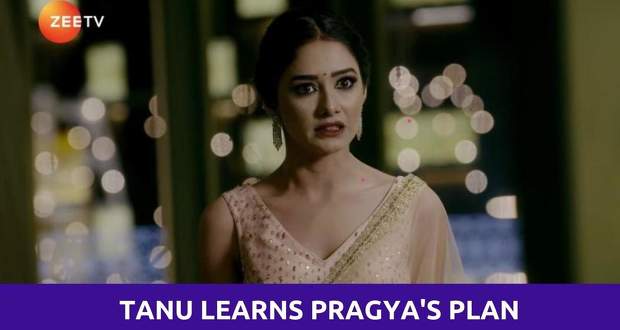 Zee TV has released the latest promo of Kumkum Bhagya and a new twist will keep the viewers hooked.

Based on the new promo updates of Kumkum Bhagya, Abhi will be seen frustrated as he is being forced to marry Tanu.

Pragya, Prachi, and Rhea will assure him that everything will be alright and that it is just a plan.

However, the upcoming promo reveals that Tanu will be watching their footage on her TV and will learn about their plan.

She will decide to spoil their plan and will surely take revenge for fooling her.

Let’s see how Pragya fights back Tanu to save Abhi in the upcoming episodes of Kumkum Bhagya.

© Copyright tellybest.com, 2020, 2021. All Rights Reserved. Unauthorized use and/or duplication of any material from tellybest.com without written permission is strictly prohibited.
Cached Saved on: Wednesday 1st of December 2021 02:59:21 PM