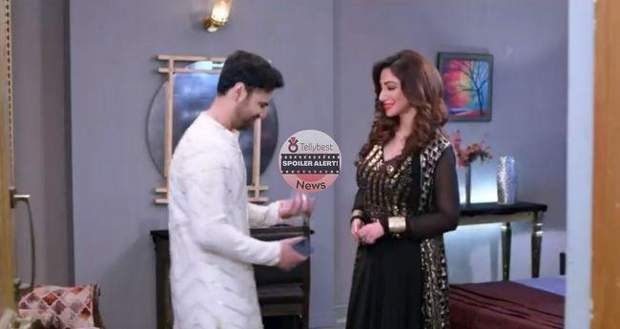 In the upcoming story of Kumkum Bhagya, Alia will plan Aryan's murder with a twist of karma in it.

So far in the story of Kumkum Bhagya, Alia and Rhea have planned to get rid of Prachi and Sid at the same time by killing both of them.

According to the latest twists of Kumkum Bhagya, Alia plans to escort Sid to meet Mihika with her men.

Alia orders her men to let Sid drive the car whose brakes do not function at all.

The car will not stop under any condition and will eventually lead Sid to his death.

However, with karma playing its role, Aryan accompanies Sid by driving the car in place of Sahana.

After Aryan leaves, Alia gets to know that her son is the one driving that car which guarantees his death.

Will Aryan lose his life due to his mother's evil plan?

Let us see what new twist awaits in the upcoming episodes of Kumkum Bhagya.

© Copyright tellybest.com, 2022, 2023. All Rights Reserved. Unauthorized use and/or duplication of any material from tellybest.com without written permission is strictly prohibited.
Cached Saved on: Monday 21st of November 2022 01:59:40 AMCached Disp on: Thursday 1st of December 2022 03:03:56 AM