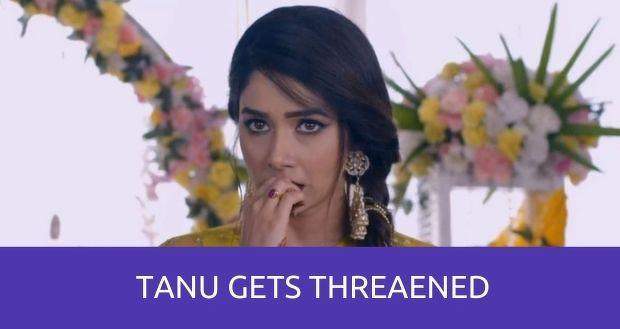 As per Kumkum Bhagya serial's upcoming twist, Tanu (Leena Jumani) will find out that Pradeep is alive as he will threaten to kill her for betraying him.

Up until now in Kumkum Bhagya's story, Tanu threatened Somdutt to not take her name in front of Abhi and Pragya and promised to get him out of jail.

Further, in the last episode of Kumkum Bhagya, Abhi and others confronted Somdutt while he pointed in Prachi's direction and said that she is the culprit.

Now as per the latest gossips of Kumkum Bhagya, Tanu will find out that Pradeep his while as he will reveal himself to her.

He will further threaten to kill her for betraying him and trying to marry Abhi while going closer to her with a knife in his hand.

Let's see what will Tanu do next in the upcoming story of the Kumkum Bhagya serial.

© Copyright tellybest.com, 2020, 2021. All Rights Reserved. Unauthorized use and/or duplication of any material from tellybest.com without written permission is strictly prohibited.
Cached Saved on: Saturday 16th of October 2021 09:07:22 AMCached Disp on: Friday 22nd of October 2021 10:40:29 PM