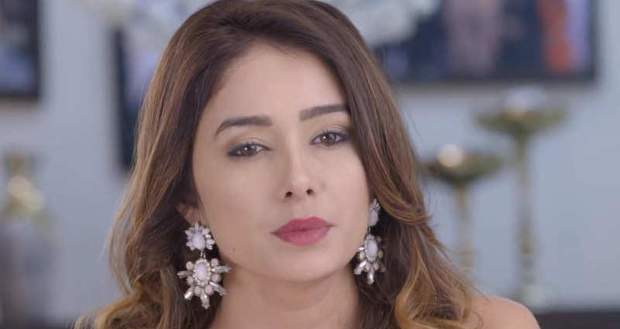 Kumkum Bhagya: Tanu plans to use Rhea against Pragya

In the new episode of Kumkum Bhagya, Tanu (Leena Jumani) will use Rhea (Pooja Banerjee) as a medium to get back Abhi (Shabir Ahluwalia)  in her life against Pragya (Sriti Jha).

Up until now in Kumkum Bhagya story, Ranbir decides to marry Rhea as Prachi breaks his heart.

Ranbir calls Prachi with the hope that she would stop him from getting engaged to Rhea. But, on contrary, she says that she is happy without him.

Ranbir then clicks a selfie with Rhea and sends it to Prachi. Prachi gets heartbroken seeing them together.

Now as per the upcoming twist of Kumkum Bhagya, Tanu will make Rhea a medium to bring Abhi back in her life by provoking Rhea against Pragya.

She will tell Rhea that long back Pragya separated her from Abhi byd that she is happy to see Rhea and Ranbir as they are the perfect match for each other.

Meanwhile, Sahana will tell Prachi to go and stop Ranbir’s engagement according to the latest update of Kumkum Bhagya.

Let’s see will Ranbir get engaged to Rhea in the future story of Kumkum Bhagya (कुमकुम भाग्य ).