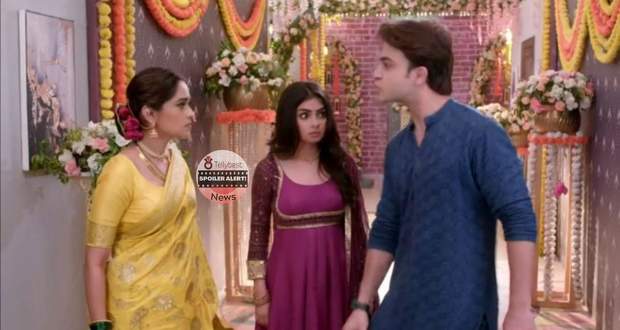 In the upcoming story of Kumkum Bhagya, Ranbir and Prachi will argue with each other like Tom and Jerry amid the goons' attack in the house.

The current track of Kumkum Bhagya revolves around Rahul and his friends hijacking the Ganesh puja in the Kohli mansion.

Everyone manages to escape from the living room except Pallavi and Vikram who get captured by the goons.

As per the latest twists of Kumkum Bhagya, Prachi and Ranbir will continue to argue about stupid things and pull each other's legs.

Ranbir will mock Prachi for trying to show her bravery and Prachi will make fun of Ranbir's lack of intelligence.

Even after Ranbir, Prachi, and Sahana discover a gun and go ahead to save Pallavi and Vikram, Prachi and Ranbir will continue to fight each other.

However, both Ranbir and Prachi care and love each other deeply and will constantly save each other from any lingering danger.

Let us see how the team of PranBir handles the goons in the upcoming episodes of Kumkum Bhagya. 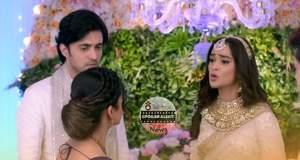 © Copyright tellybest.com, 2020, 2021. All Rights Reserved. Unauthorized use and/or duplication of any material from tellybest.com without written permission is strictly prohibited.
Cached Saved on: Friday 30th of September 2022 11:47:58 PMCached Disp on: Saturday 1st of October 2022 05:19:44 PM