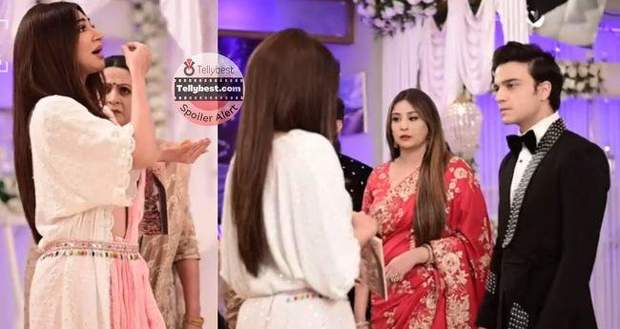 In the upcoming story of Kumkum Bhagya, Alia and Rhea will file a case against Ranbir as he has married Prachi even though he is married to Rhea already.

The current story of Kumkum Bhagya revolves around the revelation of Alia and Rhea’s lies and evil deeds.

Ranbir exposes Alia’s kidnapping plan while Prachi brings out the truth about Rhea not being pregnant in reality and throw them out of the house.

According to the latest twists of Kumkum Bhagya, Alia will appear in Prachi and Ranbir's reception party and bring a lawyer with her.

Alia invites Ranbir and the family to the court for the case filed against them.

Pallavi tells Alia that Ranbir is now married to Prachi but Alia shows her Rhea and Ranbir's wedding photo with the entire family present there.

Alia tells Ranbir that she will see him in court next and leaves with the lawyer.

Let's see what new twist comes in Ranbir and Prachi's married life in the upcoming episodes of Kumkum Bhagya.