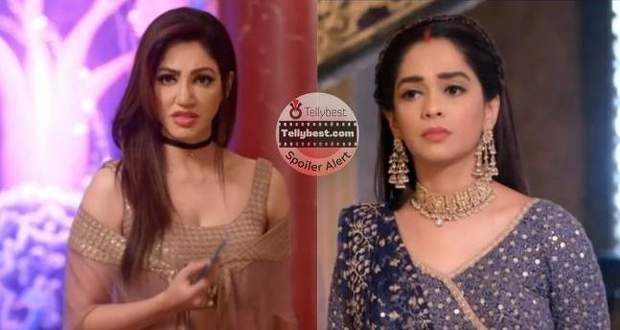 Kumkum Bhagya: Upcoming Story! Is History Going To Repeat Itself?

In the upcoming story of Kumkum Bhagya, the past is on the verge of repeating itself with Ranbir doubting Prachi for going to the hotel with Sid.

The current track of Kumkum Bhagya revolves around Prachi, Sid, and Sahana trying to save Mihika from the goons permanently so that they can reveal Alia and Rhea's game plan.

On the other hand, Rhea successfully instigates Ranbir to suspect Prachi and Sid's visit to the hotel together by asking him to check them out by himself.

According to the latest twists of Kumkum Bhagya, Alia hits Prachi, Sahana, and Sid with a log of wood, making them unconscious.

With Ranbir coming to the hotel to check where Prachi is and Alia making Prachi and Sid senseless for the time being, the plot indicates the chance of history repeating itself.

In the past, Ranbir spotted Prachi and Sid on the same bed in a hotel room set up by Rhea and Alia which led him and Prachi split up.

As Prachi and Sid are not conscious anymore, Alia may execute the same plan and set them up together in a hotel room for Ranbir to find them.

The question lies, will Ranbir believe in Prachi this time or will the same thing happen as it did in the past?

Let us see what Alia and Rhea plan to do in the upcoming episodes of Kumkum Bhagya.