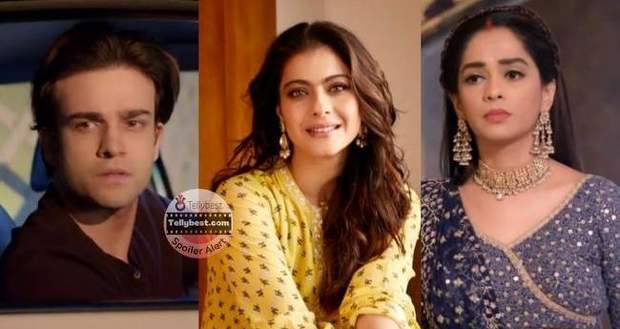 In the upcoming story of Kumkum Bhagya, Kajol will come to save PranBir's love story.

The current story of Kumkum Bhagya revolves around Ranbir getting inside a fire to save Prachi, Sahana, Sid, and Mihika after he notices the place burning from outside.

While trying to get Prachi out of the fire, Ranbir and Prachi bump into the goons who try to shoot Prachi.

However, Ranbir comes in front of Prachi and gets shot instead.

According to the latest twists of Kumkum Bhagya, Ranbir will be in critical condition after getting shot in the chest by the goons.

Prachi will break down emotionally after seeing Ranbir in such a condition and struggle to keep her cool.

On the other hand, Pallavi will blame Prachi for Ranbir's condition and swear to punish her severely if anything happens to Ranbir.

In such a difficult situation, Kajol will come to Kumkum Bhagya as a cameo for her upcoming movie "Salaam Venky".

Kajol will comfort Prachi in that difficult situation and defend her against Pallavi's accusations.

With Kajol's support, will Prachi stand back again with a strong avatar?

Let us see if Ranbir and Prachi get to reunite with each other in the upcoming episodes of Kumkum Bhagya.