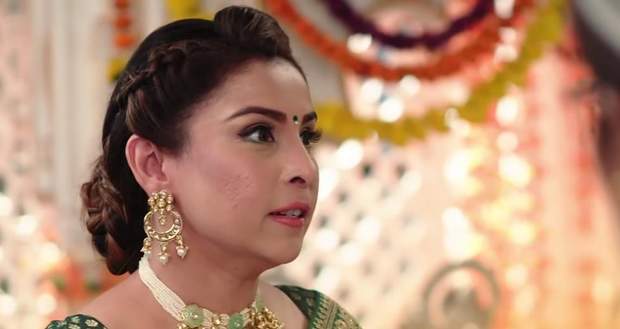 In the Kumkum Bhagya upcoming episodes, Pallavi will scold Rhea for buying food from a hotel and will hand over the keys to Pallavi.

The current story of the Kumkum Bhagya serial revolves around Pallavi telling Prachi and Rhea to make the food for the guests and saying that the daughter-in-law to make the best food will get the house keys.

Meanwhile, Aaliya tricked Abhi into thinking that Pragya is the one who had ruined their music company and that she left him because he became poor.

Now as per the spoilers of Kumkum Bhagya, Pallavi will scold Rhea for even thinking about cheating the whole family and ordering food from outside.

Further, Pallavi calls Prachi forward and gives her the house keys while saying that Rhea is the bad daughter-in-law, according to the gossips of Kumkum Bhagya.

Let's see what will Rhea do next in the upcoming twists of Kumkum Bhagya.