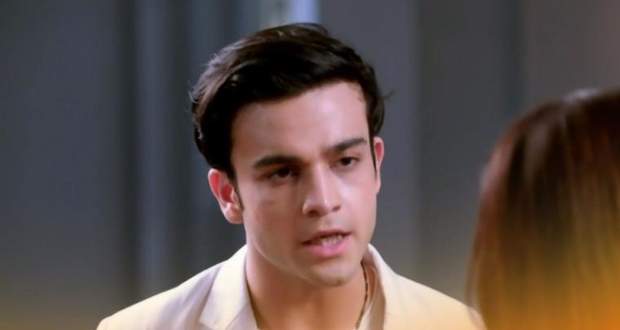 In the upcoming story of Kumkum Bhagya, tension will build between Ranbir and Prachi due to Rhea's pregnancy.

So far in the story of the serial, Prachi mistakes Ranbir for kissing Rhea and leaves the house in anger with Sahana.

Ranbir succeeds in taking Rhea’s signatures on the divorce papers and searches for Prachi only to discover that she has left along with her belongings.

As per the latest twists in Kumkum Bhagya, Stanley will follow Prachi and Sahana and find out the place where they arrive.

Later, Prachi comes with Ranbir only to find that Rhea is pregnant with Ranbeer's child.

According to the spoilers of the serial, Rhea is pregnant with Siddharth's child but Rhea will make everyone believe that she came close to Ranbir on the night of Shivratri when Ranbir was drunk.

Will Prachi believe in Ranbir's words or will Rhea's pregnancy break the relationship between PranBir?

Let us see how Ranbir manages to divorce Rhea after the revelation of the pregnancy news in the upcoming episodes of Kumkum Bhagya.

© Copyright tellybest.com, 2022, 2023. All Rights Reserved. Unauthorized use and/or duplication of any material from tellybest.com without written permission is strictly prohibited.
Cached Saved on: Monday 21st of November 2022 05:27:33 AMCached Disp on: Monday 5th of December 2022 02:39:42 PM