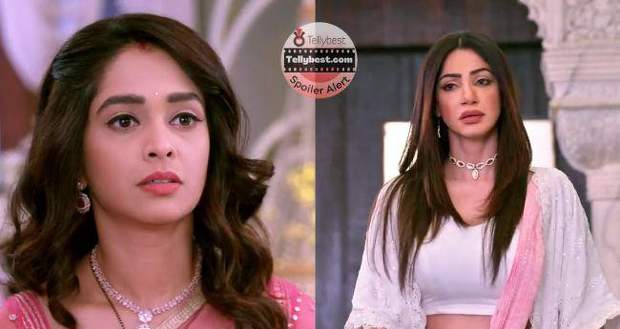 In the upcoming story of Kumkum Bhagya, Prachi's happiness will again disappear with the entry of Alia with her revengeful intentions.

The current story of Kumkum Bhagya revolves around Ranbir and Prachi reuniting with each other after marriage with the whole family accepting them by heart.

Alia and Rhea get kicked out of the Kohli mansion after their true faces get revealed by Prachi and Ranbir and they swear to take revenge on the entire Kohli family.

According to the latest twists of Kumkum Bhagya, Prachi after a year of struggle with her pregnancy finally got Ranbeer but Prachi and Ranbir's happiness will soon be hijacked by Alia.

Pallavi throws a reception party for Prachi and Ranbir as she wants to introduce Prachi as their worthy daughter-in-law but Alia appears at the party with shocking news.

Rhea has filed a complaint against Ranbir and his family for bigamy, claiming that Ranbir married Prachi while Rhea was still his wife.

Alia conveys the message through the lawyer and tells everyone that she will see them next in court.

This new problem puts the entire Kohli family in distress with Prachi and Ranbir's reception getting ruined.

Let us see how Prachi and Ranbir manage to win against Rhea and Alia in the upcoming episodes of Kumkum Bhagya.