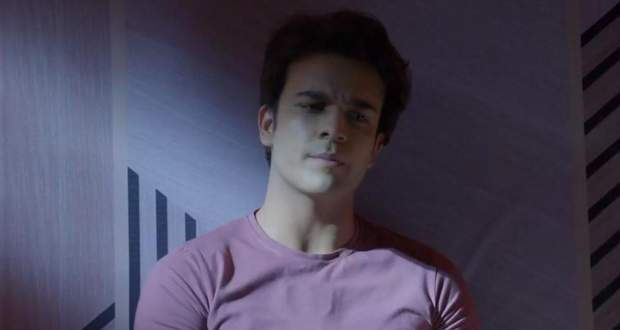 In the upcoming story of Kumkum Bhagya, Ranbir will be left devastated after Prachi vanishes from his life with his child.

The current track of Kumkum Bhagya revolves around the dispute between Ranbir and Prachi regarding Rhea's pregnancy.

Ranbir only wishes to spend his fatherhood with Prachi and their child.

However, Pallavi and others only are aware of Rhea's pregnancy and are forcing Ranbir to take all the responsibilities for Rhea.

Prachi is devastated to see Ranbir sticking up with Rhea and thinks that he only loves her and is happy to have a family with her.

As per the latest twists of Kumkum Bhagya, Ranbir will be left devastated after Prachi will leave him to give birth to their child all by herself.

Ranbir will madly search for Prachi and will harbour negative feelings for her as she abandoned him.

Will Ranbir and Prachi's relationship turn a hateful one post-leap?

Let us see what turn their story takes in the upcoming episodes of Kumkum Bhagya.

© Copyright tellybest.com, 2022, 2023. All Rights Reserved. Unauthorized use and/or duplication of any material from tellybest.com without written permission is strictly prohibited.
Cached Saved on: Wednesday 25th of January 2023 10:51:36 AMCached Disp on: Thursday 9th of February 2023 08:34:25 AM