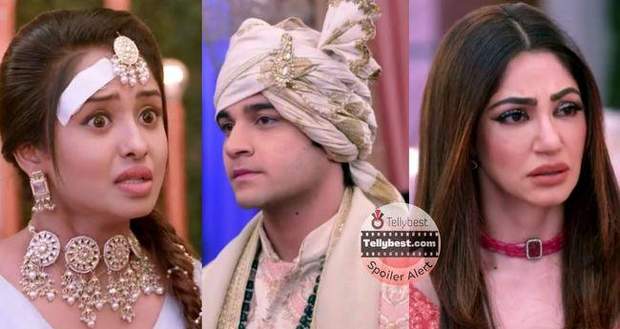 Kumkum Bhagya: Upcoming Story! Ranbir throws Alia and Rhea out of his house!

In the upcoming story of Kumkum Bhagya, Ranbir will throw Alia and Rhea out of his house after revealing their true faces.

So far in the story of Kumkum Bhagya, Ranbir and Prachi get married while Sid brings Mihika safely from the hands of Alia's goons.

Ranbir and Prachi have revealed that Alia and Rhea had kidnapped Mihika so that they can blackmail Sid to marry Prachi.

According to the latest twists in Kumkum Bhagya, Ranbir will tell Rhea that he does not love her at all and she is delusional to think such a thing.

Rhea's fake pregnancy will get exposed by Prachi which will turn all the family members against her.

Ranbir will make it clear that he was attracted to her in the past but it was never love and after knowing her true colors, he hates her with all his heart.

Ranbir screams at Rhea and asks her to get out of the house and his and Prachi's life.

Let us see how Rhea and Alia take their revenge on Prachi and Ranbir in the upcoming episodes of Kumkum Bhagya.