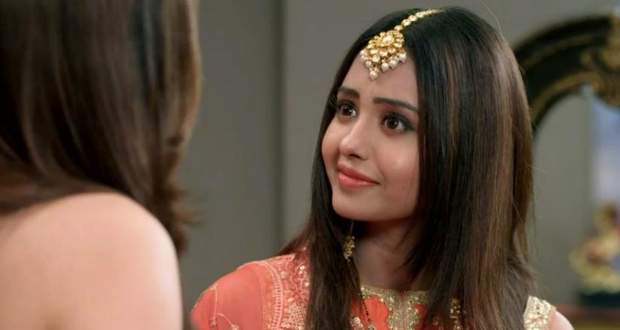 In the upcoming story of Kumkum Bhagya, Rhea will reveal that she is actually pregnant with Ranbir’s child and not just acting.

So far in the story of the serial, Ranbir’s plan of leaving Rhea and coming back to Prachi goes haywire with the revelation of Rhea’s pregnancy.

Pallavi celebrates Rhea’s pregnancy and insults Prachi in front of everyone which makes Prachi leave the house.

Ranbir searches for Prachi everywhere after discovering she left without paying any heed to the function.

As per the latest twists of Kumkum Bhagya, Rhea will reveal to Alia that she is pregnant in reality and is not faking it.

Alia will get shocked and ask Rhea how she managed to make Ranbir do that to her.

Rhea will tell that she and Ranbir got intimate with each other after she intoxicated Ranbir’s drink.

Let us see if Rhea is telling the truth or if it is just another of her lies in the upcoming episodes of Kumkum Bhagya.

© Copyright tellybest.com, 2022, 2023. All Rights Reserved. Unauthorized use and/or duplication of any material from tellybest.com without written permission is strictly prohibited.
Cached Saved on: Wednesday 25th of January 2023 06:11:24 PMCached Disp on: Thursday 9th of February 2023 07:55:01 AM