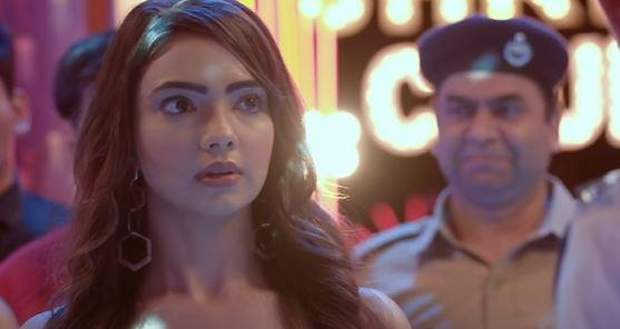 Kumkum Bhagya Upcoming Story: Rhea to get married to Sid

In the upcoming episodes of Kumkum Bhagya serial, Pallavi will get shocked to see Rhea along with Sid and will learn that they both got married.

Up until now in Kumkum Bhagya (KKB) story, Sid got trapped with Rhea in a hotel room and the police got there to search for the drugs that Rhea had.

Further, Rhea and Sid spent some quality time and danced together while being alone.

Now as per the serial gossips of Kumkum Bhagya serial, Pallavi will be shocked to see Rhea at her doorstep with Sid and will learn that they got married.

Further, Ranbir will try to console his mother in accepting Rhea and Sid’s marriage according to the spoilers of KKB serial.

Let’s see if Pallavi accepts Rhea as her daughter-in-law in the upcoming twists of Kumkum Bhagya serial.