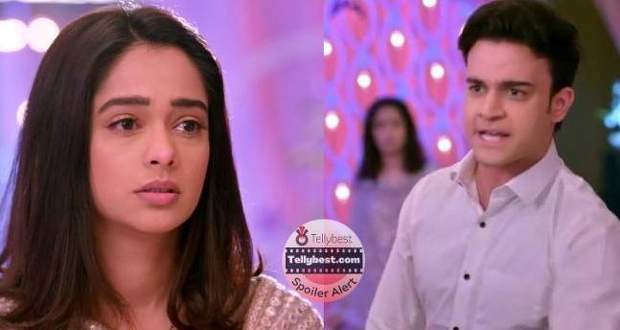 In the upcoming story of Kumkum Bhagya, the blame game between Ranbir and Prachi will part them away post-leap.

The current story of Kumkum Bhagya revolves around Alia kidnapping Panchi from the hospital just after Prachi gives birth to her.

Alia calls Prachi and makes her sign the divorce and property papers in exchange for sparing Panchi’s life.

According to the latest twists of Kumkum Bhagya, Alia will slip while escaping and drop Panchi in the river in front of Ranbir and Prachi’s eyes.

Ranbir goes berserk on seeing his daughter drown in the river and blames Prachi for her family issues that snatched his Panchi from him.

On the other hand, Prachi blames Ranbir for Panchi’s death as he could not take care of his daughter and let Alia kidnap her.

Ranbir asks Prachi to get out of his house as he cannot live with her anymore after what happened to Panchi.

Once more, Ranbir and Prachi are back at square one with their blame game separating them.

Let us see when Ranbir and Prachi realize how they destroyed their relationship on their own in the upcoming episodes of Kumkum Bhagya.