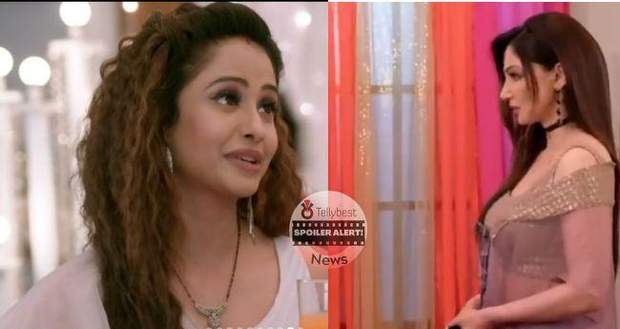 In the upcoming story of Kumkum Bhagya, Alia and Rhea will get trapped badly.

So far in the serial Kumkum Bhagya, Alia and Rhea have been one step ahead of Prachi and Shahana.

However, now Prachi knows that Rhea has been fooling everyone with her pregnancy.

In the latest episode of Kumkum Bhagya, Rhea is trapped by Mihika's goon who wants 15 lacs rupees from her immediately else he will kill or sell Mihika.

Shahana finds out about this and calls Aryan for help.

Meanwhile, Aliya has taken away the report from Prachi but it is still on the floor like a loose cannon.

As per the latest spoiler, Prachi tells Aliya that she knows Rhea's secret and that report was just evidence for her.

What will happen now? How will Rhea and Alia save themselves from being exposed?

Let us continue to watch future episodes of Kumkum Bhagya to find out whether Alia and Rhea will finally be exposed or if this will also end in another sequence of dreams.

© Copyright tellybest.com, 2022, 2023. All Rights Reserved. Unauthorized use and/or duplication of any material from tellybest.com without written permission is strictly prohibited.
Cached Saved on: Monday 21st of November 2022 12:54:29 AMCached Disp on: Wednesday 7th of December 2022 03:58:17 PM