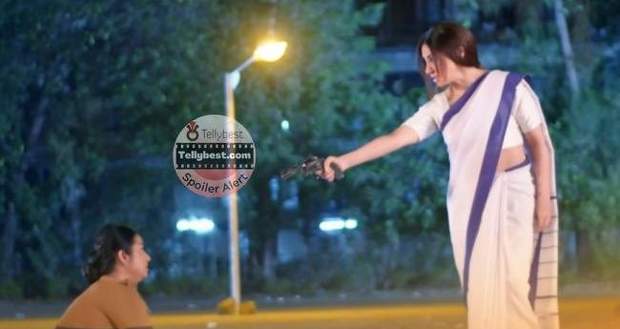 In the upcoming story of Kumkum Bhagya, Alia will return to take revenge on Prachi and Ranbir after spending 4 months in jail.

The current story of Kumkum Bhagya is heading toward Prachi giving birth to her and Ranbir's baby.

With a leap of 4 months in the show, Prachi undergoes labor and is taken to the hospital for her delivery.

According to the latest twists of Kumkum Bhagya, Alia will succeed in escaping from police custody while she is being transferred to the main jail.

Alia holds a gun at the police constable's head and determines to return to Ranbir and Prachi's lives to destroy their happiness.

With a plan ready in her mind, Alia decides that she will finish off Prachi, Ranbir, and their baby so that no one remains alive anymore.

Alia wants revenge on PranBir as they are the ones who sent her to jail.

The question remains the same whether Rhea knows about Alia's plan and is part of it.

Let us see Alia succeeds in destroying Ranbir and Prachi's happiness in the upcoming episodes of Kumkum Bhagya.