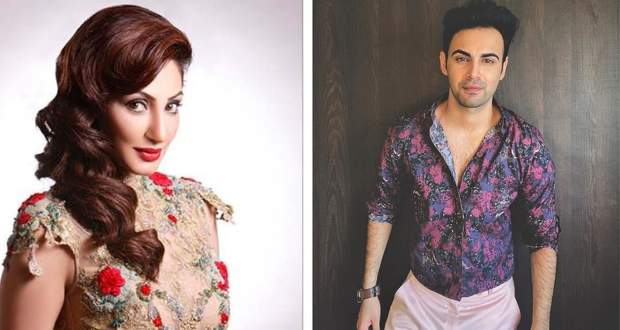 In the upcoming story of Kumkum Bhagya, Alia's son will enter the show to create havoc in Ranbir and Prachi's life.

The current track of Kumkum Bhagya revolves around Prachi deciding to leave the house while Ranbir tries to stop her from doing so.

To everyone's surprise, Pallavi asks Prachi to stay back and not leave the house.

As per the latest twists of Kumkum Bhagya, Alia's son whom the viewers have watched for a brief period will be returning to the story.

Aryan Khanna's role will be played by Pulkit Bangia this time as he will return to the Kohli mansion as Ranbir's best friend.

However, it is expected that Aryan will turn into a negative character due to Alia's manipulation and cause trouble for Ranbir and Prachi.

It is also possible that Aryan will stand as a good friend of Ranbir and help him in exposing Alia and Rhea's true colors.

© Copyright tellybest.com, 2022, 2023. All Rights Reserved. Unauthorized use and/or duplication of any material from tellybest.com without written permission is strictly prohibited.
Cached Saved on: Monday 21st of November 2022 07:09:36 AMCached Disp on: Friday 2nd of December 2022 02:00:42 PM