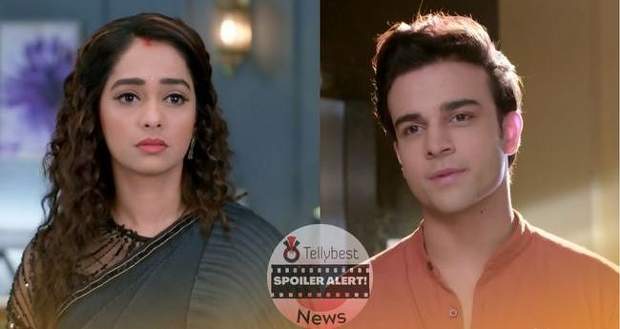 In the upcoming story of Kumkum Bhagya, Ranbir knows Prachi is carrying his child.

The current track of Kumkum Bhagya shows that Alia and Rhea have once again created a ruckus by defaming Prachi and the Kohli’s in the newspapers.

However, Prachi says that Rhea also must prove with a DNA test that she is pregnant with Ranbir’s child like she made her do earlier.

In the upcoming twists of the serial, Alia tells Prachi that Rhea will not undergo a DNA test, to which Prachi retorts by saying that if Rhea doesn’t take the test she also won’t get married to Sid.

So Pallavi tells Rhea to get the test done at home since the DNA reports arrive late.

As per the spoilers of the serial Kumkum Bhagya, Ranbir asks Sid, what it is that he signaled to Prachi after which she retracted her previous statement.

Ranbir then goes to Prachi, saying he knows that she is carrying his child.

Let us watch the future episodes of Kumkum Bhagya if Ranbir has found out the truth or if this is another dream sequence in the serial.

© Copyright tellybest.com, 2022, 2023. All Rights Reserved. Unauthorized use and/or duplication of any material from tellybest.com without written permission is strictly prohibited.
Cached Saved on: Monday 21st of November 2022 05:43:54 AMCached Disp on: Thursday 1st of December 2022 01:03:03 PM