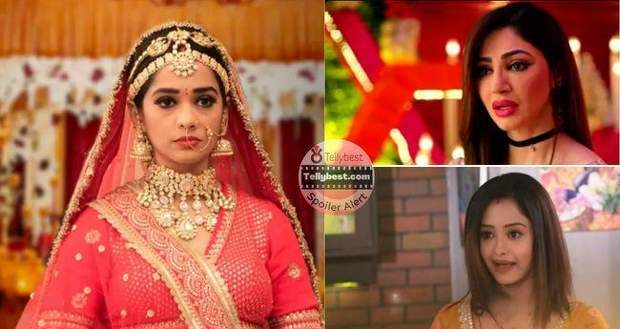 In the upcoming story of Kumkum Bhagya, Rhea and Alia will make a heinous plan for Prachi's marriage.

So far in the serial Kumkum Bhagya, Rhea has been trying to get Prachi married to Sid by keeping Sid's sister Mihika hostage.

However, Prachi is also fighting back to save Mihika and her marriage!

After Ranbir's trip to the hospital while saving Prachi, Pallavi decides to get Prachi married in the next three days.

As per the spoilers of the serial, Alia and Rhea have organised a honeymoon trip for Sid and Prachi which will close their chapter in Kohli's life forever.

Rhea is over the moon thinking that Prachi and Sid will rot in the jail of a foreign country.

What will happen now? Will Prachi marry Sid to save his sister?

Let us continue to watch future episodes of Kumkum Bhagya to find out how Prachi learns of Rhea and Alia's heinous plan and ropes Rhea into it too.

© Copyright tellybest.com, 2022, 2023. All Rights Reserved. Unauthorized use and/or duplication of any material from tellybest.com without written permission is strictly prohibited.
Cached Saved on: Wednesday 25th of January 2023 10:27:16 AMCached Disp on: Wednesday 1st of February 2023 06:21:15 PM