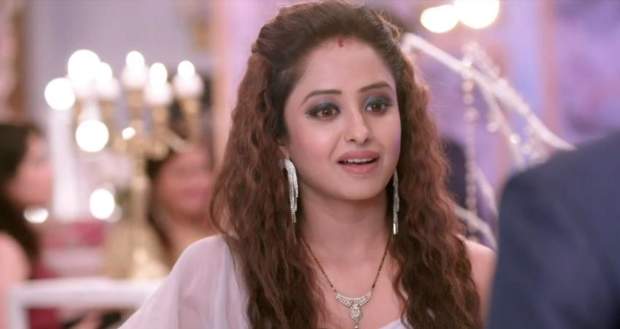 In the upcoming story of Kumkum Bhagya, Rhea will throw drinks on Prachi intentionally due to jealousy.

So far in the story of the serial, Ranbir has planned to surprise Prachi on their marriage anniversary by arranging the party.

Meanwhile, Rhea thinks that Ranbir is going to propose to her after she saw the ring in Ranbir’s coat.

As per the latest twists of Kumkum Bhagya, Rhea will fume with jealousy on seeing Ranbir and Prachi dancing together.

Seeing Ranbir and Prachi close to each other, Rhea will get angry and decide to humiliate Prachi.

In the latest episode of Kumkum Bhagya, Rhea will take a glass of drinks from the waiter and throw it on Prachi while she dances with Ranbir.

Rhea will blame the happening on the waiter and drive him away from there after scolding him.

After Ranbir and Prachi’s dance gets interrupted, Rhea will feel satisfied and wait for Ranbir to propose to her with that ring.

Let us see how Rhea’s delusions will get broken by Ranbir with the revelation of divorce in the upcoming episodes of Kumkum Bhagya. 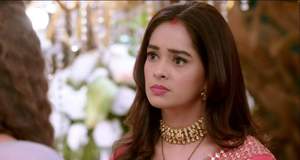