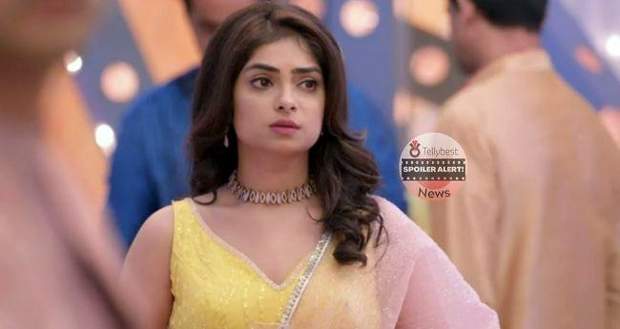 In the upcoming story of Kumkum Bhagya, Sahana will figure out Alia’s evil plan of killing Siddharth.

The current track of Kumkum Bhagya revolves around the Diwali celebrations in the Kohli family.

Pallavi gives Prachi an earful of taunts and teases and asks her to convince Ranbir to apologize to everyone for causing a scene.

According to the latest twists of Kumkum Bhagya, Sahana will understand Alia’s setup to kill Siddharth.

Sahana connects the dots while remembering the accident and Alia’s reaction and concludes that Alia planned to send Sid in that car.

However, as Aryan went with them forcefully, Alia worried about her son and called him continuously.

Even after the car crashed, Alia did not scold Aryan and asked about Siddharth, proving that she knew about Aryan being with him.

Sahana tells everything to Prachi and Sid to let them know that Alia is planning to finish off Sid.

Let us see if Prachi succeeds in figuring out Alia’s next game plan in the upcoming episodes of Kumkum Bhagya.

© Copyright tellybest.com, 2022, 2023. All Rights Reserved. Unauthorized use and/or duplication of any material from tellybest.com without written permission is strictly prohibited.
Cached Saved on: Monday 21st of November 2022 02:33:44 AMCached Disp on: Thursday 1st of December 2022 12:48:53 PM